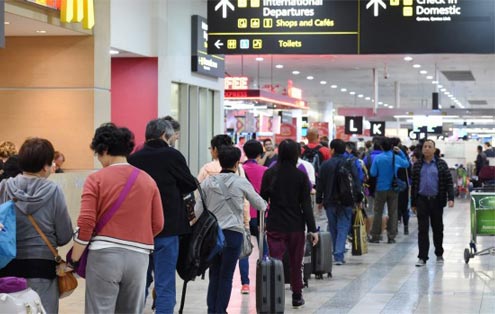 The government announced the potentially divisive measure in Tuesday's federal budget. Plane passengers would be offered a "premium" experience at airports which Fairfax Media understands may include a fast-tracked passage through border clearance, or even separate terminals.

Another idea of patch up the budget hole?!?! Australian government should adopt a better queue system such as QTix (http://queuetix.com/) to manage the queue.

blog comments powered by DISQUS back to top